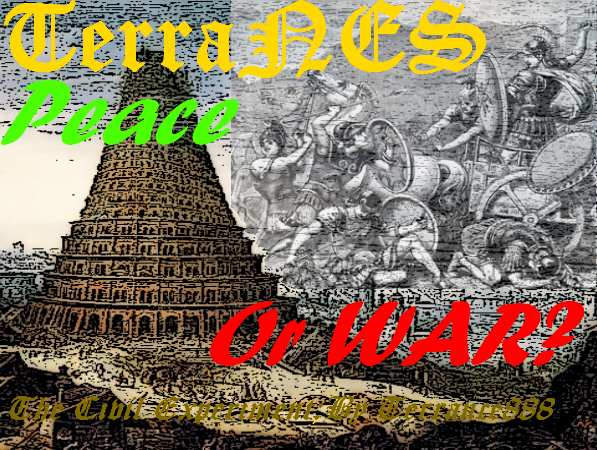 Welcome to the TerraNES Wiki[]

This wiki is dedicated in organizing the vast amounts of information within TerraNES: The Civil Experiment.

This NES is a semi-realistic story/game which starts at 3000 B.C. (Some say 2500 or 2000) at the dawn of the Bronze Age, seeking to go all the way to the futuristic era. We are currently at update 18, in the year 2100 BC. Hyak and Katan have dealt a grevious wound to the United Egyptian Empire, and their war influenced all from Ildaris in Iberia to Atanka in southern Khand. For Keltia, it is a time of relative peace as barbarians are pacified and relations are normalized. Meanwhile, Xilan mainlanders stagnate as the offlanders develope and dominate an increasingly monopolized trade network. And far from the old world, a new world of conflict rises in the Andes.

Anyone is welcome to add direct facts from the thread to the Wiki, but I would prefer that members of the NES do the any actual writing.

Here are some rule things.

NK and Gem_Hound are current top dawgs. Consistant editers with good judgement will get adminship, while those managing a large area of infomation will get rollbacks.

In each nation I would like two paragraphs to top the page before the first heading. The first shall be generated by ME, terrance888, and serves as a somewhat nonbiased description I will update after every update. The second is free to be updated whenever by the players. I would like both to be dated in terms of the game.

Organization of the page shall not be regulated, although history tends to be the most important factor, as well as culture and religion.

Community content is available under CC-BY-SA unless otherwise noted.
Advertisement